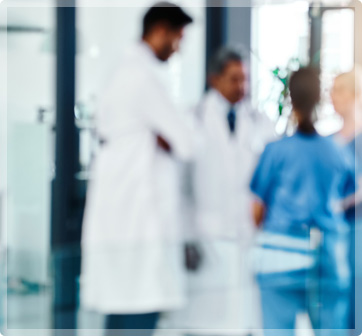 At Panhandle Vascular Surgical Specialists, our talented and highly qualified vascular surgeons deliver a standard of care that is second-to-none. We realize there is no such thing as a one-size-fits-all cure, so we approach each patient as a valued individual with a unique set of circumstances, challenges, and opportunities. We partner with our patients to identify the most effective treatment option available for whatever condition or ailment you may be facing.

We invite you to learn about our providers and then call for an appointment or request one online.

Dr. Roland earned his bachelor of science in biology in 2000 from Hunter College in New York City and his medical degree in 2004 from Penn State College of Medicine.

He completed his general surgery residency training in 2009 at the New York Medical College (Sound Shore) in New Rochelle and his vascular surgery fellowship in 2011 at the University of Massachusetts Memorial Medical Center in Worcester.

Dr. Roland is certified in vascular surgery by the American Board of Surgery. He also earned certification as a registered physician in vascular interpretation (RPVI) from the Alliance for Physician Certification & Advancement, which enables him to read and interpret vascular ultrasounds. 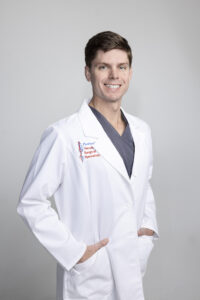 Panhandle Vascular Surgical Specialists would like to welcome Dr. Matthew Sanders to our team!  Dr. Sanders is an ABS board certified Vascular Surgeon, and he treats the full spectrum of vascular disease.  He is known for combining open and endovascular techniques to create the best treatment plan.  His motto is, "I treat my patients the way I would wish to be treated".  Dr. Sanders has privileges at all local hospitals, and he is now accepting new patients!

Heather Schuster is a a board certified physician assistant and wound care expert with over a decade of experience in limb salvage and vascular disease.  She is known for her dedication and personal knowledge of her patients.  Heather welcomes new patients and referrals in Pensacola.

When you visit Panhandle Vascular Surgical Specialists in Pensacola, Florida, you will always leave knowing that you received care targeted to your specific needs. Make your appointment now to meet with one of our knowledgeable and caring providers. Call (850) 437-3777 or use our online request form .

At Panhandle Vascular Surgical Specialists, our vascular surgeons diagnose and treat vascular disorders, including PAD, atherosclerosis, blood clots, DVT, aneurysms, venous insufficiency, and more. In addition, we have a Limb Salvage Institute and a MediSpa Vein Institute for issues affecting the veins and skin.